WIRE: Women in the Roman East 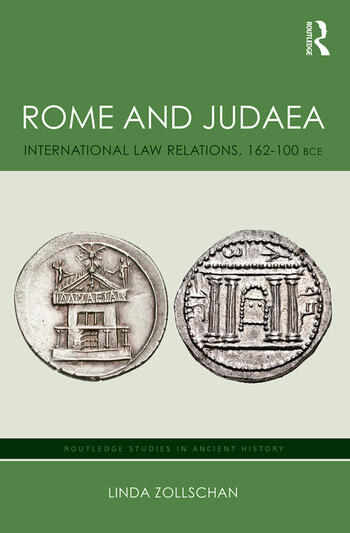 Rome and Judaea explores the nature of Judaea’s first diplomatic mission to Rome during the Maccabean revolt: did it result in a sanctioned treaty or was it founded instead on amity? This book breaks new ground in this debate by bringing to light the «Roman-Jewish Friendship tablet,» a newly discovered piece of evidence that challenges the theory Rome ratified an official treaty with Judaea. Incorporating interdisciplinary research and this new textual evidence, the book argues that Roman-Jewish relations during the Maccabean revolt were motivated by the Roman concept of diplomatic friendship, or amicitia.

Chapter 2: The Timing of the Embassy

Chapter 6: The Outcome of the Embassy

Chapter 7: Epilogue: From Jonathan to John Hyrcanus I