Early in the reign of Justinian, an otherwise unidentified author named Hierokles composed the Synekdemos, a sprawling list of the provinces and major cities of the Eastern Roman Empire. Containing nearly a thousand toponyms, the Synekdemos is an unparalleled source on the geography of the Byzantine world. It not only indicates the administrative divisions of Justinian’s time, but also suggests what places, in the view of one educated Roman, “mattered” in the early 6th century CE. 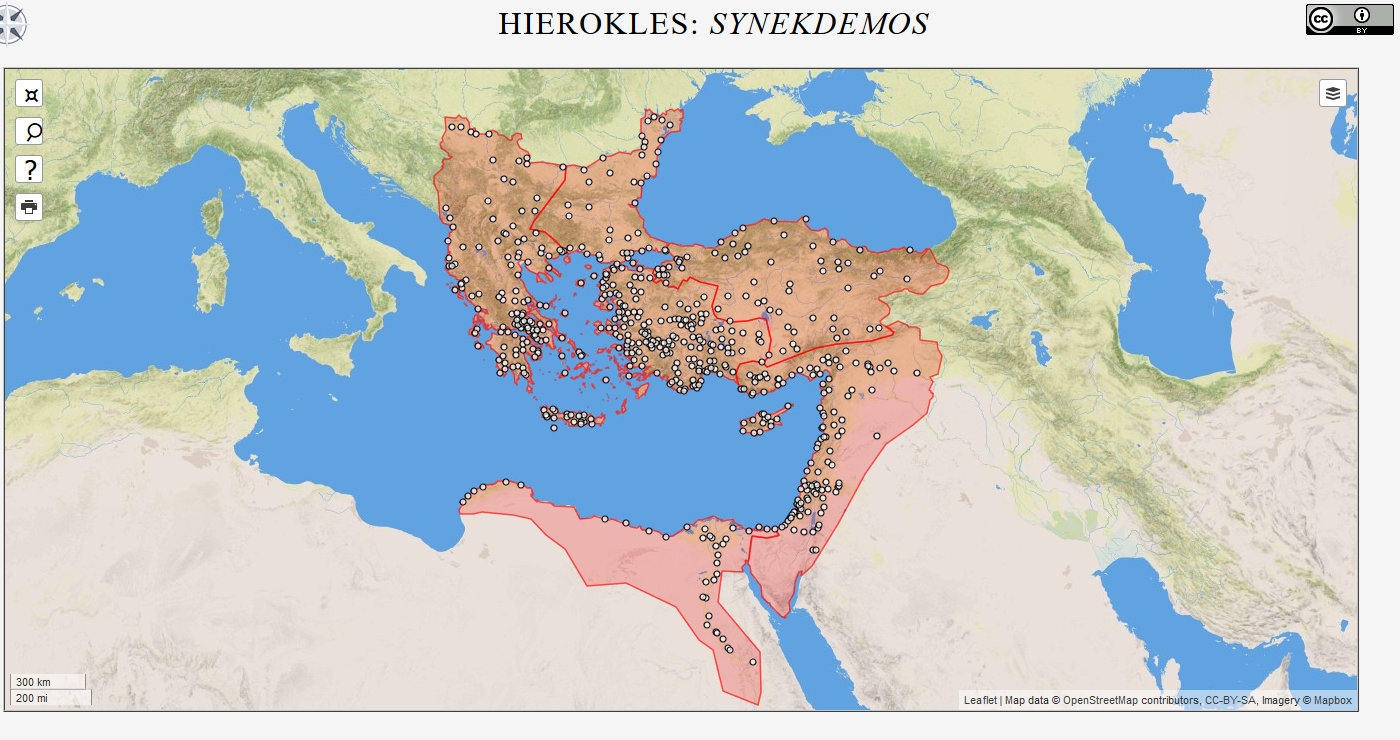 The Ancient World Mapping Center created this interactive web map of the Synekdemos in order to make Hierokles’ wealth of geographic knowledge accessible to the modern public. Using Ernest Honigmann’s 1939 edition of the text, the map marks all cities and regions which may be securely identified based on the Barrington Atlas and other published sources; the attached appendix includes a list of all sites (with references), including those which could not be confidently located. Our approach throughout has been relatively conservative: a number of sites which have been tentatively placed by crowd-sourced initiatives such as Pleiades and Pelagios remain officially unlocated in this application.

The result is a complete, modern, interactive map of Hierokles’ Synekdemos (a community-generated project through Pelagios’ Recogito tool also deserves mention). Drawing on AWMC’s Map Tiles, the map is accurate in its placement of sites against the ancient landscape. Including bibliographic references for each site, and adhering closely to the procedures used in the creation of the Barrington Atlas, the map’s standards for linking Hierokles’ text with specific ancient places are rigorous and transparent. We hope and believe that this interactive platform will be of use not just to scholars of Hierokles’ Synekdemos, but to anyone interested in the administrative and urban geography of the Byzantine world.

Visit the interactive web map of the Synekdemos

Permanent link to this article: http://www.postaugustum.com/en/hierokles-synekdemos-an-interactive-web-map/