Late Antiquity’s Library: Re-assessing the Classical Canon in the Age of Synesius

The Cambridge Companion to Apocalyptic Literature 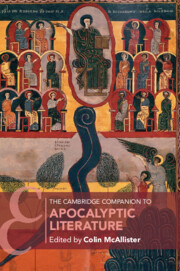 Jewish and Christian apocalypses have captivated theologians, writers, artists, and the general public for centuries, and have had a profound influence on world history from their initial production by persecuted Jews during the second century BCE, to the birth of Christianity – through the demise of the Western Roman Empire and the medieval period, and continuing into modernity. Far from being an outlier concern, or an academic one that may be relegated to the dustbin of history, apocalyptic thinking is ubiquitous and continues to inform nearly all aspects of modern-day life. It addresses universal human concerns: the search for identity and belonging, speculation about the future, and (for some) a blueprint that provides meaning and structure to a seemingly chaotic world. The Cambridge Companion to Apocalyptic Literature brings together a field of leading experts to provide a comprehensive overview of the subject.