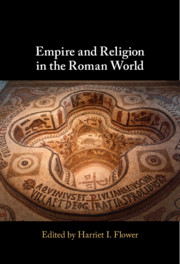 The inspiration for this volume comes from the work of its dedicatee, Brent D. Shaw, who is one of the most original and wide-ranging historians of the ancient world of the last half-century and continues to open up exciting new fields for exploration. Each of the distinguished contributors has produced a cutting-edge exploration of a topic in the history and culture of the Roman Empire dealing with a subject on which Professor Shaw has contributed valuable work. Three major themes extend across the volume as a whole. First, the ways in which the Roman world represented an intricate web of connections even while many people’s lives remained fragmented and local. Second, the ways in which the peculiar Roman space promoted religious competition in a sophisticated marketplace for practices and beliefs, with Christianity being a major benefactor. Finally, the varying forms of violence which were endemic within and between communities.