Kyle A. Schenkewitz, Dorotheos of Gaza and the Discourse of Healing in Gazan Monasticism

For the first time a noted historian of Christianity explores the full story of the emergence and development of the Marian cult in the early Christian centuries. The means by whi 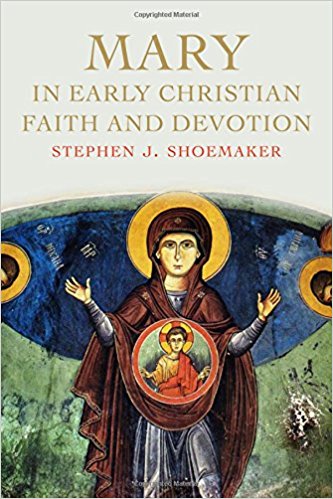 ch Mary, mother of Jesus, came to prominence have long remained strangely overlooked despite, or perhaps because of, her centrality in Christian devotion. Gathering together fresh information from often neglected sources, including early liturgical texts and Dormition and Assumption apocrypha, Stephen Shoemaker reveals that Marian devotion played a far more vital role in the development of early Christian belief and practice than has been previously recognized, finding evidence that dates back to the latter half of the second century. Through extensive research, the author is able to provide a fascinating background to the hitherto inexplicable “explosion” of Marian devotion that historians and theologians have pondered for decades, offering a wide-ranging study that challenges many conventional beliefs surrounding the subject of Mary, Mother of God.

Permanent link to this article: http://www.postaugustum.com/en/stephen-j-shoemaker-mary-in-early-christian-faith-and-devotion-2/