Greek Medical Literature and its Readers 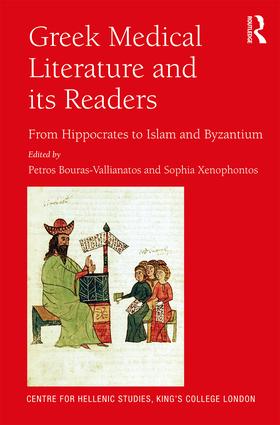 This volume focuses on the relationship between Greek medical texts and their audience(s), offering insights into how not only the backgrounds and skills of medical authors but also the contemporary environment affected issues of readership, methodology and mode of exposition. One of the volume’s overarching aims is to add to our understanding of the role of the reader in the contextualisation of Greek medical literature in the light of interesting case-studies from various – often radically different – periods and cultures, including the Classical (such as the Hippocratic corpus) and Roman Imperial period (for instance Galen), and the Islamic and Byzantine world. Promoting, as it does, more in-depth research into the intricacies of Greek medical writings and their diverse revival and transformation from the fifth century BC down to the fourteenth century AD, this volume will be of interest to classicists, medical historians and anyone concerned with the reception of the Greek medical tradition.

Permanent link to this article: http://www.postaugustum.com/en/greek-medical-literature-and-its-readers-2/