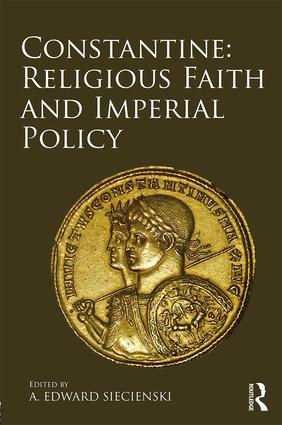 Constantine: Religious Faith and Imperial Policy brings together some of the English-speaking world’s leading Constantinian scholars for an interdisciplinary study of the life and legacy of the first Christian emperor. For many, he remains a “sign of contradiction” (Luke 2:34) whose life and legacy generate intense debate. He was the first Christian emperor, protector of the Church, and eventually remembered as “equal to the apostles” for bringing about the Christianization of the Empire. Yet there is another side to Constantine’s legacy, one that was often neglected by his Christian hagiographers. Some modern scholars have questioned the orthodoxy of the so-called model Christian emperor, while others have doubted the sincerity of his Christian commitment, viewing his embrace of the faith as merely a means to a political end.

Drawing together papers presented at the 2013 symposium at Stockton University commemorating the 1700th anniversary of the Edict of Milan, this volume examines the very questions that have for so long occupied historians, classicists, and theologians. The papers in this volume prove once again that Constantine is not so much a figure from the remote past, but an individual whose legacy continues to shape our present.